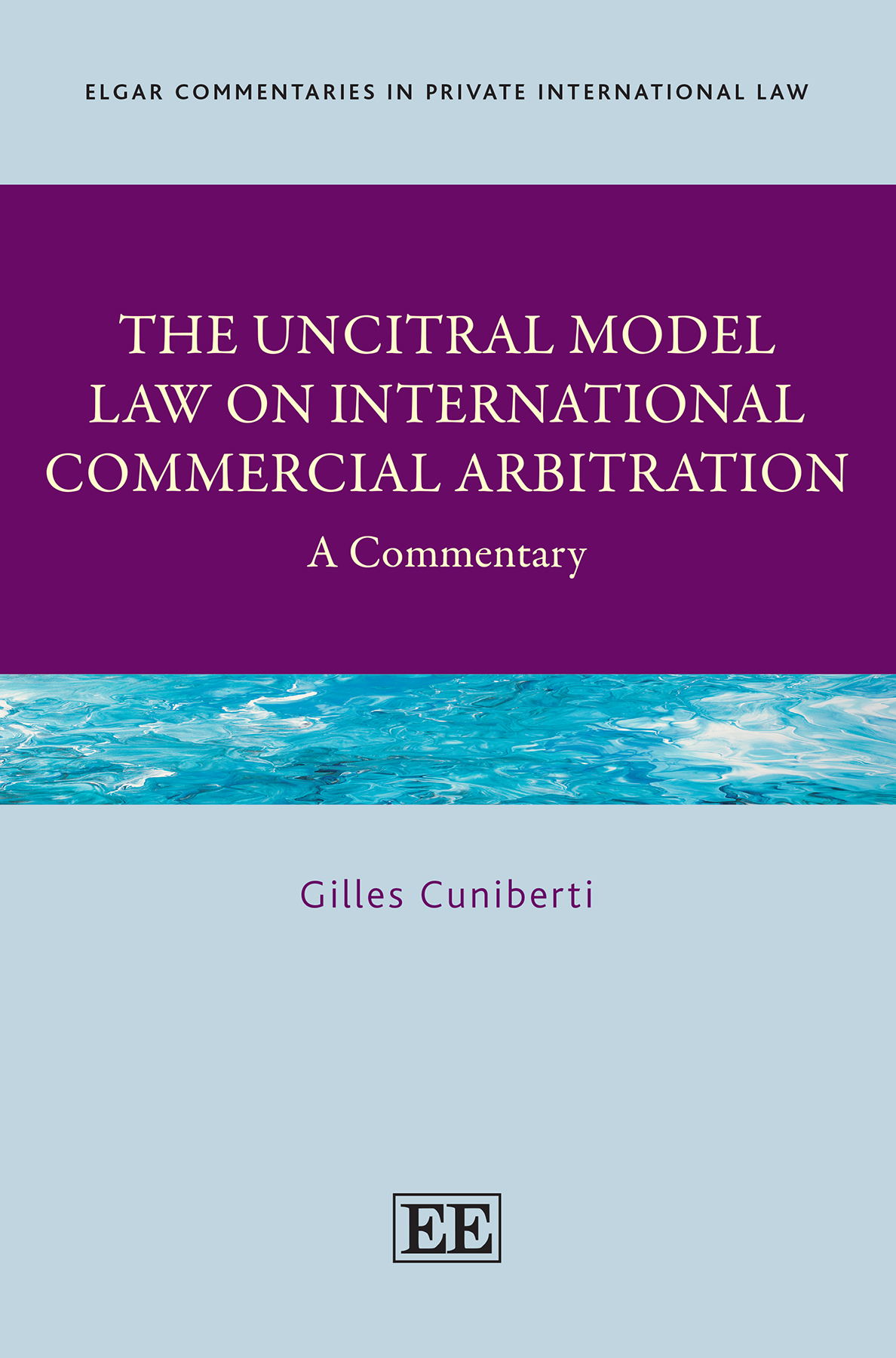 The UNCITRAL Model Law on International Commercial Arbitration – A Commentary

This Commentary provides rich and detailed analysis both of the provisions of the UNCITRAL Model Law on International Commercial Arbitration (the Model Law), and of its implementation, including a comparative account of the operation of the Model Law in the numerous jurisdictions which have adopted it throughout the world.

Exploring how the Model Law is applied and interpreted in multiple jurisdictions, this practical and exhaustive commentary will be an essential resource for arbitrators and commercial litigators and will also appeal to scholars in the fields of arbitration, international dispute resolution, and international commercial law.

Gilles Cuniberti’s new commentary on the UNCITRAL Model Law is a marvellous contribution to international arbitration scholarship. The fruit of rigorous research into practice in the numerous jurisdictions that have adopted the Model Law, it presents for the first time a comprehensive analysis of its application in clear and readable terms. An essential reference tool for the arbitration lawyer.
– Campbell McLachlan QC, Victoria University of Wellington, New Zealand and Associate Member, Essex Court Chambers

The UNCITRAL Model Law on International Commercial Arbitration is the bedrock of international arbitral practice in many jurisdictions. This comparative Commentary comes in handy to understand the local implementations and variations of the Model Law around the globe. A must-have for practitioners and scholars alike!
– Maxi Scherer, Wilmer Cutler Pickering Hale and Dorr LLP, UK

Cuniberti’s book masterfully documents not only that, but in which precise ways, the UNCITRAL Model Law has taken shape differently around the world. It is of immense value to practitioners and academics, as well as jurisdictions in determining whether and, if so, how to newly implement the Law for themselves.
– George Bermann, Columbia University School of Law, US